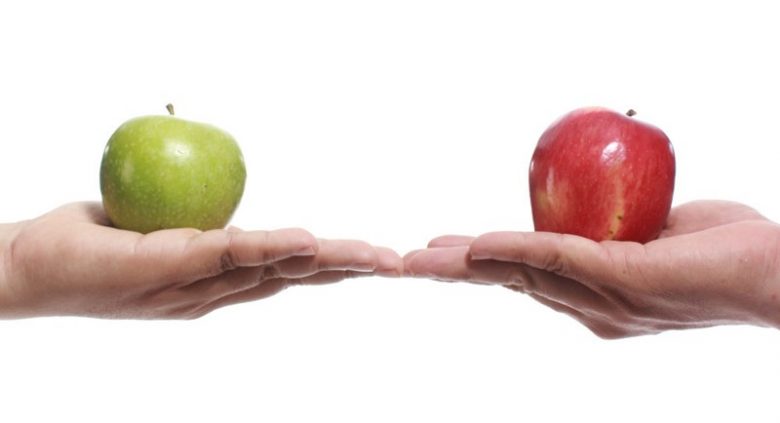 On my hunt for the right back-end crawler for my startup I took a look at several open-source systems. After some initial research, I narrowed the choice down to the 10 systems that seemed to be the most mature and widely used:

What is the best open source Web Crawler that is very scalable and fast?

As a starting point I wanted the crawler services of choice to satisfy the properties described in Web crawling and Indexes:

Before getting into the meat of the comparison let’s take a step back and look at two different use cases for web crawlers: Focused crawls and broad crawls.

In a focused crawl you are interested in a specific set of pages (usually a specific domain). For example, you may want to crawl all product pages on amazon.com. In a broad crawl the set of pages you are interested in is either very large or unlimited and spread across many domains. That’s usually what search engines are doing. This isn’t a black and white distinction. It’s a continuum. A focused crawl with a large number of domains (or multiple focused crawls performed simultaneously) will essentially approach the properties of a broad crawl.

Now, why is this important? Because focused crawls have a different bottleneck than broad crawls.

When crawling one domain (such as amazon.com) you are essentially limited by your politeness policy. You don’t want to overwhelm the server with thousands of requests per second or you’ll get blocked. Thus, you need to impose an artificial limit of requests per second. This limit is usually based on server response time. Due to this artificial limit most of the CPU or network resources of your server will be idle. Having a distributed crawler using thousands of machines will not make a focused crawl go any faster than running it on your laptop.

In case of broad crawl the bottleneck is the performance and scalability of the crawler. Because you need to request pages from different domains you can potentially perform millions of requests per second without overwhelming a specific server. You are limited by the number of machines you have, their CPU, network bandwidth, and how well your crawler can make use of these resources.

If all you want it scrape data from a couple of domains then looking for a web-scale crawler may be overkill. In this case take a look at services like import.io (from $299 monthly), which is great at scraping specific data items from web pages.

Scrapy (described below) is also an excellent choice for focused crawls.

Scrapy is a Python framework for web scraping. It does not have built-in functionality for running in a distributed environment so that it’s primary use case are focused crawls. That is not to say that Scrapy cannot be used for broad crawling, but other tools may be better suited for this purpose, particularly at very large scale. According to the documentation the best practice to distribute crawls is to manually partition the URLs based on domain.

What stands out about Scrapy is its ease of use and excellent documentation. If you are familiar with Python you’ll be up and running in just a couple of minutes.

Scrapy has a couple of handy built-in export formats such as JSON, JSON lines, XML and CSV. Scrapy was built for extracting specific information from websites, not necessarily getting for a full dump of the HTML and indexing it. The latter requires some manual work to avoid writing the full HTML content of all pages to one gigantic output file. You would have to chunk the files manually.

Without the ability to run in a distributed environment, scale dynamically, or running continuos crawls, Scrapy is missing some of the key features I was looking for. However, if you need easy to use tool for extracting specific information from a couple of domains then scrapy is nearly perfect. I’ve successfully used in in several projects and have been very happy with it.

How develop custom web crawler on Python for OLX? You can do it by guide from Adnan.

Heritrix is developed, maintained, and used by the The Internet Archive. Its architecture is described in this paper and largely based on that of the Mercator research project. Heritrix has been well-maintained ever since its release in 2004 and is being used in production by various other sites.

Heritrix runs in a distributed environment by hashing the URL hosts to appropriate machines. As such it is scalable, but not dynamically scalable. This means you must decide on the number of machines before you start crawling. If one of the machines goes down during your crawl you are out of luck.

The output format of Heritrix are WARC files that are written to the local file system. WARC is an efficient format for writing multiple resources (such as HTML) and their metadata into one archive file. Writing data to other data stores (or formats) is currently not supported, and it seems like doing so would require quite a few changes to the source code.

Continuous crawling is not supported, but apparently it is being worked on. However, as with many open source projects the turnaround time for new features can be quite long and I would not expect support for continuous crawls to be available anytime soon.

Heritrix is probably the most mature out of the source projects I looked it. I have found it easier to setup, configure and use than Nutch. At the same time it is more scalable and faster than scrapy. It ships together with a web frontend that can be used for monitoring and configuring crawls.

Instead of building its own distributed system Nutch makes use of the Hadoop ecosystem and uses MapReduce for its processing ( details ). If you already have an existing Hadoop cluster you can simply point Nutch at it. If you don’t have an existing Hadoop cluster you will need to setup and configure one. Nutch inherits the advantages (such as fault-tolerance and scalability), but also the drawbacks (slow disk access between jobs due to the batch nature) of the Hadoop MapReduce architecture.

It is interesting to note that Nutch did not start out as a pure web crawler. It started as an open source search engine that handles both crawling and indexing of web content. Even though Nutch has since become more of a web crawler, it still comes bundled with deep integration for indexing systems such as Solr (default) and ElasticSearch(via plugins). The newer 2.x branch of Nutch tries to separate the storage backend from the crawling component using Apache Gora, but is still in a rather early stage. In my own experiments I have found it to be rather immature and buggy. This means that if you are considering using Nutch you will probably be limited to combining it with Solr and ElasticSearch Web Crawler, or write your own plugin to support a different backend or export format.

Despite a lot of prior experience with Hadoop and Hadoop-based projects I have found Nutch quite difficult to setup and configure, mostly due to a lack of good documentation or real-world examples.

Nutch (1.x) seems to be a stable platform that is used in production by various organization, CommonCrawl among them. It has a flexible plugin system, allowing you to extend it with custom functionality. Indeed, this seems to be necessary for most use cases. When using Nutch you can expect spending quite a bit of time writing your own plugins or browsing through source code to make it fit your use case. If you have the time and expertise to do so then Nutch seems like a great platform to built upon.

Nutch does not currently support continuous crawls, but you could write a couple of scripts to emulate such functionality.

ProWebScraper is easy to use Web Scraping tool that runs on the cloud. With ProWebScraper, you can build scraper without writing code. You simply point and click on the items you want to extract and ProWebScraper will extract them for you in a few minutes.

ProWebScraper can extract data like links, images, texts, emails, and HTML tables from any website. It can collect data from multiple pages using functionality like pagination, chaining, and URL generator. Also, it will extract data from a dynamic website [js-rendered] like Yelp, Airbnb, YellowPages, and many more…

ProWebScraper uses next-gen data centre and residential proxy to not getting blocked via an anti-scraping mechanism while scraping large amounts of data.

Best of all, ProWebScraper is the only web scraping tool that provides a free scraper setup and maintenance by experts.

Open source web scrapers are quite powerful and extensible but are limited to developers.

Not surprisingly, there isn’t a “perfect” web crawler out there. It’s all about picking the right one for your use case. Do you want to do a focused or a broad crawl? Do you have an existing Hadoop cluster (and knowledge in your team)? Where do you want your data to end up in?

Out of all the crawlers I have looked at Heritrix is probably my favorite, but it’s far from perfect. That’s probably why some people and organizations have opted to build their own crawler instead. That may be a viable alternative if none of the above fits your exact use case. If your thinking about building your own I would highly recommend reading through the academic literature on web crawling, starting with these:

What are your experiences with web crawlers? What are you using and are you happy with it? Did I forget any? I only had limited time to evaluate each of the above crawlers, so it is very possible that I have overlooked some important features. If so, please let me know in the comments.

Do you Know What Google use Java? 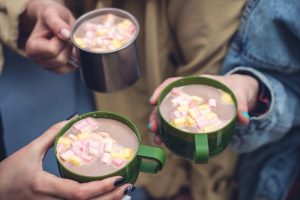 Website Crawling: A Guide on Everything You Need to Know