In 2019, the Ukrainian IT company Neocortext (current RefaceAI ) released the Doublicat mobile app (now Reface), with which the user can replace the face on the gif with his own. Six months later, the application was already changing faces to video, and by August the number of its installations exceeded 20 million.

According to the analytics service App Annie as of August 15, Reface is among the ten most popular apps on iOS in 15 countries, and on Android – in 19.

How the user interacts with the service

To insert their face into a GIF or video, the user takes a photo in the application and selects a template, for example, a fragment from a movie. After that, the algorithm changes its appearance in a few seconds. The result can be downloaded immediately or shared on social networks.

How does the technology work and where is it used?

Usually, when creating a deepfake, it takes a lot of time to train a neural network. At the same time, a separate network must be trained for each person.

However, RefaceAI has created a universal Artificial neural network to replace any human face, thanks to which a deepfake is obtained in seconds. The developers have trained the network on millions of images from open libraries (the company does not disclose the name), so it can change faces in both photos and videos.

Having received the user’s photo, the network “translates” it into face embeddings – an anonymized set of numbers. According to it, the machine determines the facial features and transfers them to the template.

Deepfake turns out to be more realistic thanks to machine learning, including a GAN-type neural network – its peculiarity is that it includes two networks that train each other. In the case of Reface, for example, they “adjust” the color of the user’s face to the lighting of the original video or picture.

RefaceAI, the company behind Reface, was founded in 2011 by:

Before the face-swapping app, entrepreneurs had been involved in various projects for seven years: developing websites, collaborating with post-production studios for Hollywood films, where machine learning technologies were needed. For example, they converted a video from 2D to 3D format.

In 2018, the company came up with the idea to create an app that would replace faces in photos. At that time, RefaceAI employed six people.

In March 2019, Elon Musk posted photos on Twitter with his face instead of Dwayne Johnson’s. The image featured the Reflect watermark. Due to this publication, application traffic has grown tenfold, entrepreneurs noticed.

By September, the co-founders realized that simply changing faces in photos was not enough. At that time, product manager Ivan Altsibeev joined the team. He will suggest switching to gifs. The idea turned into a Doublicat app. It was presented at Product Hunt in January 2020.

According to Mogilny, Petriva and Boyko, Doublicat received about 600 mentions in the media, including Forbes and Mashable.

Six months later, the company added face-to-video to the app and renamed Doublicat to Reface. With the new feature, the service has grown in popularity, with Britney Spears, Snoop Dogg and other celebrities sharing their videos.

Reface currently has 20 million installs and continues to grow. How quickly, the company does not specify. Her spokesperson added that 65% of users share content created in the app.

The basic version of Reface is free. The company receives income from advertising and paid subscriptions, where you can turn off the watermark: 199 rubles per week, 299 rubles per month and 1990 rubles per year. The company does not disclose the total revenue from the service.

To replace faces in photos, developers use images with open licenses, and for gifs they partner with sites like Tenor.

In the case of the video, the company adheres to the advice of lawyers:

If the copyright holder wants to exclude their materials from the application, Reface App will remove them.

In an interview Mogilny, Petriv and Boyko explained that the popularity of such applications is usually short-lived, so they use mechanics to retain users.

According to entrepreneurs, Reface will move forward not only the appearance of new content, but also its localization – so that the user can insert his face into a clip with a popular star in the country.

Since 2018, RefaceAI has grown to 40 employees. She is currently conducting closed beta testing of the Reface Studio web platform. With its help, creators of entertainment content will be able to insert faces into any video. In the future, the company plans to replace bodies as well.

As conceived by the founders, the new service will work in the b2b segment as well: it will be useful for creative agencies, filmmakers and computer game developers.

One of the problems that Reface Studio can face is using the service to create fake news and replace the faces of famous people. To prevent possible harm to the public, developers will apply two approaches: 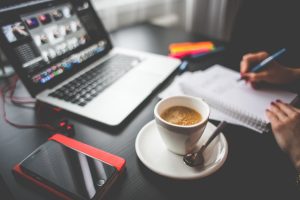 What Is Cross-Platform Development?