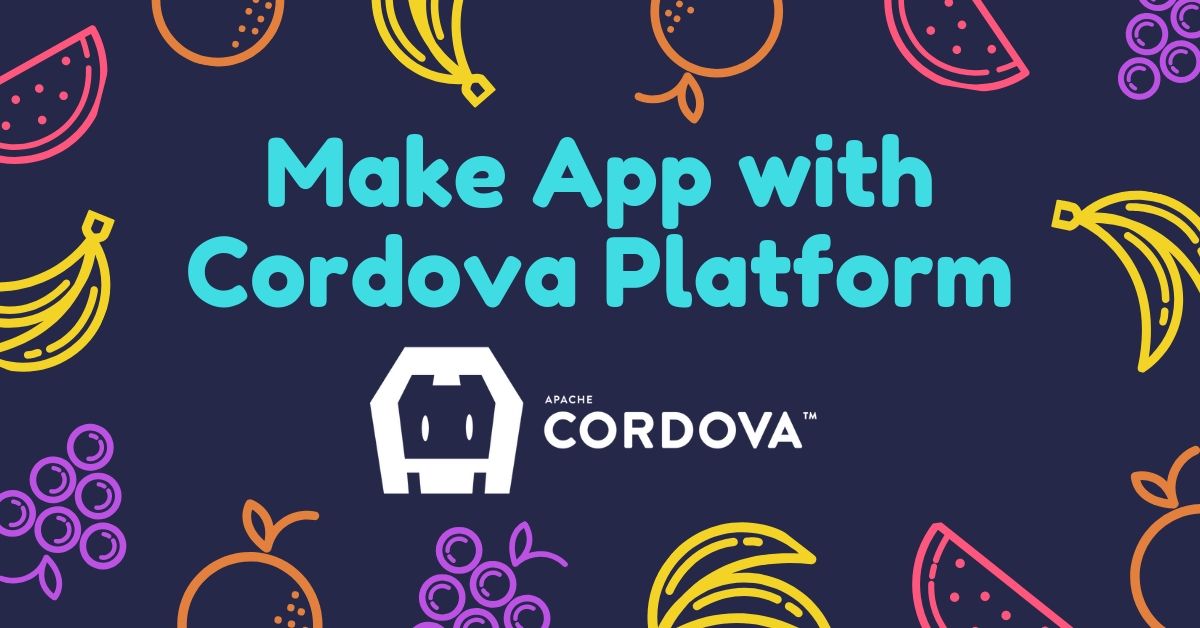 The invention discloses an app development method based on a Cordova platform and relates to the technical field of HTML, JavaScript and CSS.

JavaScript is a literal scripting language, a dynamic, weak, prototype-based language with built-in support types. The JavaScript engine, part of the browser, is widely used in client-side scripting languages ​​and was first used on HTML (an application of the standard universal markup language) web page to add dynamic functionality to HTML pages.

AngularJS is an excellent front-end JS framework that has been used in many of Google’s products. AngularJS has many features, the most core are: MVC, modular, automated two-way data binding, semantic tags, dependency injection and so on.

Ionic is an open-source, free codebase for developing hybrid mobile applications; optimizing the performance of HTML, CSS, and JS, building efficient applications, and optimizing for building Sass and AngularJS.

Some java engineers are more unfamiliar with mobile development. There are still some blind spots for the platform construction and technical fields, but because of the needs of a project, it needs to involve the field of mobile development. Based on the above combination of technologies, the present invention proposes a cordova platform based app development method.

The present invention aims at the current technical development needs and shortcomings, and provides a cordova platform-based app development method.

Preferably, the step 1) refers to using angularjs + ionic as a development framework.

Preferably, the step 3) includes, on the basis of the steps 1 and 2, designing a module for encapsulation, and encapsulating a common front-end tool into a developed js method, which can be called directly during development; the user can directly call the corresponding platform through the js method Native plug-in.

The invention proposes a method for app development based on the Cordova platform, which uses angular + ionic as a development framework and adds some open source plug-ins, such as an app native plug-in. The user can directly call native plug-ins of the corresponding platform, such as webcams, ; And added a support platform such as android or iOS, while encapsulating the common front-end tools for enterprise development tools.

Cordova is a hybrid development platform, you can easily use h5 and other front-end techniques for rapid app development, the present invention provides a set of commonly used plug-in instructions and package part of the common library, developers can help document in a very short period of time Within the completion of mobile app development, because the plug-ins and libraries have been added, the platform has also been injected, developers do not need to carry out the environment, download the appropriate tools can be directly developed (such as adt, Xcode, etc.).

The steps 1) configuration Cordova development environment refers to the use of AngularJS + Ionic as a development framework.

The step 3) to create the ionic project includes, on the basis of the steps 1 and 2, the design module is encapsulated, the commonly used front-end tool is encapsulated into a developed js method, and the call can be directly invoked during development; the user can call the corresponding platform directly through the js method Native plug-in, such as camera, send and receive text messages.

By adopting the Cordova platform-based app development method of the present invention, the specific implementation manner is as follows:

Step three, the user began to develop, as the bottom of the development framework for the JS language, a wide range of applications, most developers can get started after a simple understanding of the development;

Step four, the need to use the native plug-in (such as camera, send text messages, maps, etc.), can be based on the js method call native plug-ins;

Step five, the need to use the tool class, the direct use of the module can be designed, such as multi-parameter pop-up box, validation box, positioning and so on.

By adopting the Cordova platform-based app development method of the present invention, the development of an enterprise-level small and medium-sized app can be completed in the shortest time, eliminating the time period for learning a new language and without requiring the establishment of an environment system. The invention provides Plug-ins and js components for rapid development.

Convert an Android App to iOS

How much does it Cost to Make an App?