What is Node.js? And Why JavaScript Is Greeting The World?

Node.JS is an open-source, cross-platform JavaScript runtime environment. Node used for developing a diverse variety of server tools and applications. Node.js is not a JavaScript framework, many of its basic modules are written in JavaScript and developers can write new modules in JS.

Once only thought of as a “popular” framework, NodeJS is fastly becoming one of the TOP commonly used languages in coding web apps and is beginning to find its way into Enterprise solutions.

Below is a list of 6+1 big companies that have implemented the popular server-side JavaScript engine for use inside high traffic & profile production projects.

What reason are the biggest companies using Node.js for?

Microsoft Co is working with Nodes in several Ways: offers direct integration with the Azure Platform, releasing many programs for learning Node-oriented, and Microsoft plans to create its own version of the Node engine running on the Edge Javascript engine, not in the V8 version of Chrome. Look at some ideas in this video:

IBM also adopted NodeJS. Why did IBM use Node.js see in this video: Myles Borins talks about his experience with CITGM.

PayPal also prefers JavaScript and NodeJS for use on its web platform. For PayPal, the use of NodeJS began as a platform for creating prototypes, and later introduced into production.

The first use of NodeJS in production — it was their account overview page, one of the most downloaded. The JS team was able to build a faster and more efficient product. After that, PayPal prepared an Open-Source solution for ExpressJS called KrakenJS.

Why did PayPal choose Node.js?

Cisco Systems, Inc. is an US-based technology conglomerate headquartered in San Jose. That develops, manufactures, and sells networking hardware, telecommunications equipment, and other high-technology services and products. Through its numerous acquired subsidiaries, such as OpenDNS, WebEx, and Jasper, Cisco specializes into specific tech markets, such as Internet of Things, domain security, and energy management.

Look at the Cisco GitHub page to also learn more about the company’s most important systems.

Why did Netflix use Node.js?

Uber has develop its driver / rider matching system on Node.js Distributed Web Architecture. Uber’s GitHub page is a good source to read more about the company’s most critical systems.

Capital One Co. is the largest FinTech companies in the USA and they’re using all-in on Node.js.

The Capital One story is remarkably and I highly recommend you check out the official Node.js Foundation Case Study with Capital One. They used NodeJS and Other technology stacks to collect Big data and processing to generate personal loan proposals.

A talk by Azat Mardan that tell how/why Capital One Co. uses Node JS on this video (2015, Portland, OR):

What Lessons Can We learn From Companies That Use Node.JS

Node.js is an open-source, cross-platform runtime environment written in JavaScript, the most popular programming language in the world. It’s biggest strengths are versatility, lightning fast speed of processing and high scalability.

Along with the efficiency and simplicity of Node.js, there is also sort of ‘neighboring’ tech called AngularJS. This framework is frequently used in a bundle with Node.js. Get familiar with AngularJS and big projects where it runs — head through the link to see the best AngularJS examples (Wix, UpWork et al.). 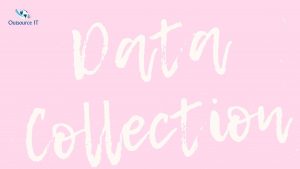 Data Collection on Dating Sites: What You Need to Know 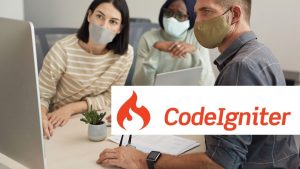