The startups modernizing the vote

As Election Day approaches, a dizzying number of tech startups are working to modernize, digitize, and mobile-ize nearly every aspect of the voting process.

The well-documented shortcomings of traditional polling in 2016 sprung a cottage industry of new data analytics and opinion research companies like Change Research, started in 2017 by serial founder and angel investor Mike Greenfield. It’s one of 36 companies funded so far by progressive-leaning incubator Higher Ground Labs.

Startups also are developing new tools to help campaigns get out the vote.

Companies are also helping election managers navigate the complex world of mail-in and in-person voting during a global pandemic. Clear Ballot won approval to audit New York City’s elections, and its system is used in four other states.

Ballotready provides “a mobile-first vote by mail tool” local election officials can use to ease the process for voters. The company also created a tool that allows voters to look up local election issues based on their zip code.

The proverbial (and non-party-affiliated) elephant in the room, of course: When will Americans be able to vote online, while eating Doritos on the couch in their pajamas (as they can for pretty much anything else these days)?

Companies like Democracy Live are working to make that happen. Seattle voters will get a glimpse of that future this year after that city adopted the system… for a local, obscure election to fill an open seat on the county’s Conservation Board.

While that’s not the warp-speed progress Silicon Valley is used to, bright minds at MIT and elsewhere — as well as e-voting experiments in Switzerland and France  — make a good argument for a crawl-before-you-run approach. 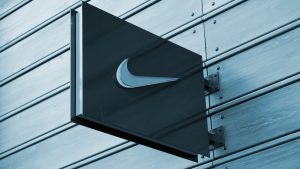 How Nike Incorporates Modern Sustainability Into A Decades-Old Company