One evening in March 2015, Mike Williams set himself a simple rule. The time spent building a fully functional prototype of his marketplace idea should not exceed one evening. “I’m going to cancel dinner plans and instead build the Airbnb for music studios,” he decided.

For a while before, Mike Williams had been paying attention to how his friends in the music industry tried to find, compare, and book music studios. They relied heavily on their networks and sent text messages to find out about available studios, equipment, rates, and so on. He knew there had to be a better way to do it and set out to build it.

Mike did some initial industry research, which revealed that to his surprise, he couldn’t find anyone trying to solve the same problem. That’s when he came up with an ambitious concept: “Studiotime, an Airbnb for music studios.”

As the founder of a few fast-growing marketplace startups, Mike had lots of other obligations and knew that Studiotime would need to be a passion project.

“That’s why I decided I could only spend one evening building it. Even though I had no idea if setting up a fully functional marketplace in one evening would even be possible.”

After deciding to skip the dinner that evening, Mike found Sharetribe. Amazingly, he was able to achieve exactly what he had wanted: his site was up and running the same evening.

On Sunday of the same week, Mike purchased the domain studiotime.io, and minutes later he launched his site by posting it to Product Hunt, an online community for discovering new products.

What happened afterward surprised him completely. It turned out that Product Hunt users loved Mike’s concept. 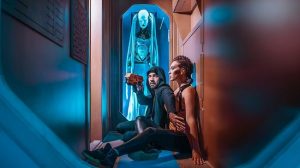 Use Your Brain! Get Escaped! Have Fun!