In this article, you will discover the top 10 programming languages ​​you must follow to boost your resume in 2021. The growing demand in the industry can be confusing, and finding the most promising programming language can be challenging. In addition to technical knowledge, working as a freelancer or for a specific company, you always need to have a good resume, because communication skills are just as important. Special services will help here, you can just write “Hello, do my java assignment” and you’re done. Let’s get straight to the point and start this list at number 10.

10. Kotlin is a general-purpose programming language. Originally developed by JetBrains and then developed by Google engineers, Kotlin is so instinctive and concise that you can write code with one hand. Kotlin is widely used for Android development, web development, desktop applications, and server-side development. Kotlin was better built than Java, and people using that language believe that most Google applications are based on Kotlin.

9. Swift is an open-source general-purpose programming language developed by Apple. It is heavily influenced by Python, so it is fast and easy to learn. Swift is mainly used to develop native iOS and Mac OS apps. Apple encourages the use of Swift throughout the development process. More than half of the apps in the app store are built using the Swift programming language.

8. Objective-C was introduced by the Apple developers and was the first iOS programming language between 1983 and 2014. Objective C is being gradually replaced by Swift. Resources for learning to code on macOS and iOS today mainly focus on Swift. Even if Swift replaces Objective-C, this programming language will remain popular in 2021. One of the main reasons is that many iOS apps were written in this language, and many companies need developers to maintain and improve those apps.

7. R was developed by Robert Gentleman and Ross Ihaka in 1992. R is a complex statistical analysis language that encourages developers to implement new ideas. R works best on Linux, Microsoft, or GNU. Based on my experience, I started writing code with R at university a few years ago on a Macbook Air.

6. C ++ is one of the most efficient and flexible programming languages ​​out there, although it is relatively old compared to others on this list. It has maintained its demand due to its high performance and reliability. C ++ was created to support object-oriented programming and has rich libraries. C ++ is used in the tech industry for a variety of purposes such as desktop applications, web development, mobile solutions, game development, and embedded systems.

5. PHP programming languages ​​were created to support a personal website. However, today it is ranked over 24% of websites worldwide. The PHP language is commonly used for building static and dynamic websites. Some popular web frameworks like Laravel are built with PHP. PHP makes dynamic changes to the website and makes web applications more interactive.

4. C #. We have C # in the fourth position. C # is an object-oriented and easy-to-learn programming language. It is fast and supports many libraries for rich functionality, making it the next best choice after Python, Java, and Javascript. The C # programming language is widely known for developing windows and its applications, and now it is even used to develop virtual reality games.

2. Java. James Gosling created Java in 1991; it is the most popular programming language around the world. Java is known for providing the largest number of jobs in the IT industry. Java has a large-scale application from scientific applications to financial and banking services through web development and mobile development, while not forgetting desktop applications.

1. Python is the fastest growing and one of the most popular programming languages. Built on robust and well-thought-out frameworks, it is open source and easy to learn. Python is used in many areas of the industry. If you’re using Python, you can work in a different field, from finance to healthcare, through engineering companies and AI companies. For example, today, even if you are looking for a job as a Wall Street trader, you will need to know how to program in Python. One of the key competitors of JavaScript, despite its different purposes. Most commonly, Python is used to create 2D images, 3D animations, and video games. With its help, services such as Quora, YouTube, Instagram, and Reddit were created. 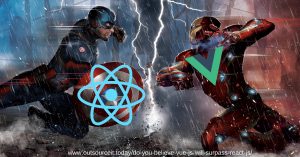 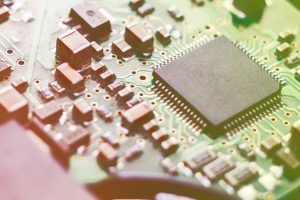