How to Calculate The Cost of App Development

With more knowledge on how developers calculate the total amount of money needed to get an app, you can make informed decisions on the features you want, including those that the developers can omit for you to save some money.

So, how is the cost of an app calculated in 2019? How do app development calculators estimate how much you will need to pay? Well, to help you understand how development agencies and freelancers arrive at their service prices, we have provided this guide with the variables used to dictate the final price you pay for an app.

Calculating How Much You Need for An App

The final amount of money you pay for an app is pegged to numerous variables, and these variables cut across all niches. Listed below are the variables that aid the developers to estimate the price of your app.

When giving you a quote on an app, developers often consider the size and complexity of your app. Developers will collect information on what you need in your app through their app development calculators. This will give them a rough idea of how resource-consuming the project will be upon completion.

Complicated apps with a plethora of features obviously cost more than simple apps. In a nutshell, there are three classifications of apps depending on their complexity: basic apps, medium-complexity apps, and highly complicated apps.

Simple apps are often used to market an individual or a newbie company and have very basic functionality. Depending on the specific factors, such apps can cost from $5,000 to $20,000. Medium-complexity apps have more features and they are larger in size. These apps are often used by start-ups and mid-sized companies. Given the level of customization, these apps can cost anything from $20,000 to $60,000.

As the name suggests, highly complex apps are the most advanced and have all the imaginable features to reach a target audience, collect data from millions of users and store it. These apps are used by multinational companies that have a global reach. Such apps have very large databases, highly customized designs and come with a plethora of complementary features. The cost of such apps can be as high as $500,000 depending on the number of features and the maintenance service needed to keep the app running at all times.

Another variable dictating the final amount of money you have to pay is the language used to create the app and the overall technology employed in the entire process. The technology will power the operating system supporting the final developed application.

The operating systems available include Apple’s iOS, Google’s Android, Windows and Blackberry OS. Because of its popularity, almost all apps are available on Android, and some are cross-platform which means that they are available on multiple platforms. iPhone apps have more sophisticated requirements and the developers of such apps often charge higher.

There are different categories of developers that can create your application. The choice of a developer directly influences the final amount of money that you will have to pay once your app is up and running. Very complex apps often require all hands on deck. From the senior software engineer, back-end developers, QA engineer to UX designers, everyone is needed to make the final product run as smoothly as possible. Since all these specialists have to put in a lot of hours to work on the project, the final cost of the app is understandably high.

Simple apps can be designed by junior developers under the supervision of a software engineer. Such apps don’t need a lot of time to design and this explains the reduced cost.

In a bid to save on costs, some people opt to employ freelancers who are not attached to any agency. Depending on their proficiency, freelancers can do a decent job and their hourly rate differs from one freelancer to another.

There are other extra tools that will dictate the price that you pay at the end of development. Such complementary features include customization of the interface, animation of various widgets within the app, data collection features, social media integration, etc.

Of course, the more useful features an app has, the more attractive it becomes to users. However, many features also mean that the application will need a larger database and a more robust server. This means that you have to pay more money for improved infrastructure.

When budgeting for an app, you should keep in mind the functionality that you need in your app. Conduct extensive research beforehand to find out the features that your product should have to ensure that you only pay for what you truly need.

The other factors that are used to calculate the price of your app include the total number of pages, successive maintenance, and the level of customization the consumer is looking for. Highly customized apps have special features to better tell the brand story of your enterprise. 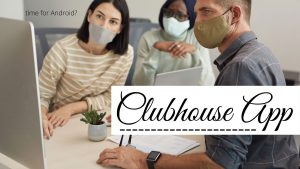