Google Maps is finally rolling out its AR navigation, Google Live View, a feature it promised at its annual developer conference last year.

The augmented reality feature is launching in beta on ARKit-compatable iOS devices and and ARcore-compatable Androids.

How it works: When you’re using Google Maps for directions, you simply navigate to “Walking” when presented with transit options and then tap “Live View.” You’ll see arrows and big street markers laid out on the real world in front of you, so you can orient yourself quickly instead of spinning around in every direction like a person using…an outdated version of Google Maps.

One person in the comments expressed concern that this might cause massive battery and data drain (especially when traveling abroad). As another community member put it, probably best to make sure you have battery when using this, and “don’t walk into a pole.”

Works surprisingly well! I’ve tried it on my trip to Washington. We’d usually stop/sit somewhere and figure out our next destination. This feature helps a lot just figuring out where to start going. After that, you don’t really need to have it enabled, the old good way still works the best.

Do you plan on using Google Live View? We want to know.

In this upgrade, Google Maps is also rolling out “Your Places,” a swipeable view of reservations for your upcoming trips (aimed at making flight and hotel check-ins easier). “Your Match” is another new feature on Google Maps — it will quickly show you restaurants tailored to your taste.FYI: Google isn’t the first to provide AR directions. This app launched two years ago starring a half-naked, groovy travel buddy.

SharePoint vs Alfresco vs Nuxeo: which DMS is best?

The key trends for NEPs 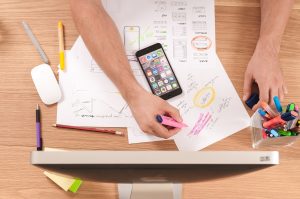