HOW MUCH DOES IT COST TO LAUNCH AN ICO

ICO is the latest trend in the blockchain world. It is used by countless startups from all over the world to raise funds for their innovative projects. The main reason why it has become so popular is that launching an ICO is a cost-efficient way to encourage people to invest in the future of the project.

Ultimately, ICOs pave the way to a successful software product or service or any other type of project. In this article, we are going to find out about the main pitfalls, pros, cons of launching an ICO and how much it can cost.

ICO stands for Initial Coin Offering. Basically, when launching an ICO, you offer potential investors to acquire tokens or cryptocurrency coins created specifically for the ICO. Usually, the tokens or coins created by a startup are exchanged for more popular cryptocurrencies, such as Bitcoin or Ethereum. The main purpose of an ICO is, as we have mentioned above, to raise funds for project implementation.

Even though ICOs are praised by many, launching one has its pros, cons, and pitfalls. Considering that knowledge is power, we encourage you to get acquainted with ones and to take them into account.

3 Cons To Be Aware Of

Why It’s So Trendy And On Vogue

Despite all the cons, ICOs remain to be the trend that seems to have come to the IT world to stay and expand. The main reason for this is that it’s a lot easier to raise the necessary funds via an ICO — anyone can become an investor, there are no country barriers to stop investors from abroad, and the legislation remains to be unclear and to lack restrictions.

All of this matters a lot to startups. But what about well-established companies? Well, they can get one more considerable profit from an ICO besides raising additional funds — they can expand their customer/client database.

Surely, it is impossible to give you a precise ICO estimation without knowing anything about your project. We have reflected upon our experience in launching ICOs and taken the courage to estimate how much it could cost you at the very least. The costs of an ICO can be divided into four main categories.

This category includes token development, creating the ICO smart contract, thorough testing of the code, etc. In order to create a secure ERC20 compatible token, you will need professionals that would cost you at least $8,000 (if the hourly rate is $80).

Developing the application or tool based on smart-contracts will cost from $10,000. It takes around two-three weeks to get it done, and the hourly rate of a great developer is $80 on average as well.

As for building a website, you have two options: you can either create it using website builders or develop a custom one. We strongly recommend you to opt for the latter option to make sure your website will be secure and resist any potential hacks. A good custom website would cost minimum $5,000.

There can be no ICO without the whitepaper. You can write it yourself to save money and give to experts for getting feedback. Besides, you will need someone to create the content for the website and write articles for promotion. A content creator will cost you $10 per hour on average which amounts to $2,000 per month if they work full time.

For the most part, you will need to invest in a full-time community manager ($10 per hour which amounts to $2,000 per month). Besides this, you can use the paid advertising on Facebook which can generate 2,000 leads if adjusted properly. Paid advertising would cost you $5,000. If we put together all the numbers above, the minimum pricing of a successful ICO starts from $52,000.

It would be remiss though if we did not speak about some regulations announced by Google, Facebook, and Twitter not so long time ago (March, 2018). They’ve said that any kind of advertising of cryptocurrency sales-based events on their platforms now will be banned. The ban directly implies a restriction for promoting ICOs. Make sure to take these regulations into account when trying to advertise through Facebook.

Essential Tip: Your Ad has to be not about ICO itself but an idea of your future product and the benefits it can bring your users.

Why Can’t ICOs Cost Cheaper — or Can it?

First and foremost, in order to launch an ICO, you will need to hire hard-boiled blockchain developers, SMM managers, editors for the whitepaper, as well as designers and web developers for creating a website for the ICO. Apart from having to invest in the team that creates everything needed for an ICO, you have to take into account the costs for business registration that you simply can’t avoid. Also, you will have to invest in ICO trackers’ services in order to have comprehensive data on how your ICO is going.

Of course you will have some options to help you cut costs and make ICO cheaper. For example, you might get assistance from volunteers willing to work for the sake of an idea, tokens, potential profit, and so on. But before doing anything like that take a look at the statistics, which is somewhat discouraging for 46% of Last Year’s ICOs.

Insufficient funds greatly increase chances of failure. You may cut some costs, but chances are, if you save too hard on developers and other crucial teams, you won’t make it to the ICO. The real integral ICO must be invested in and even with the most original concept you might lose everything by not investing enough into crucial aspects.

We all realize that ICO will remain relevant in the future as it is an efficient way to raise funds for your innovative idea. It has many considerable pros; however, it also has some cons that you need to take into account. 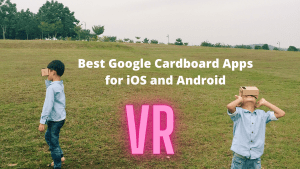