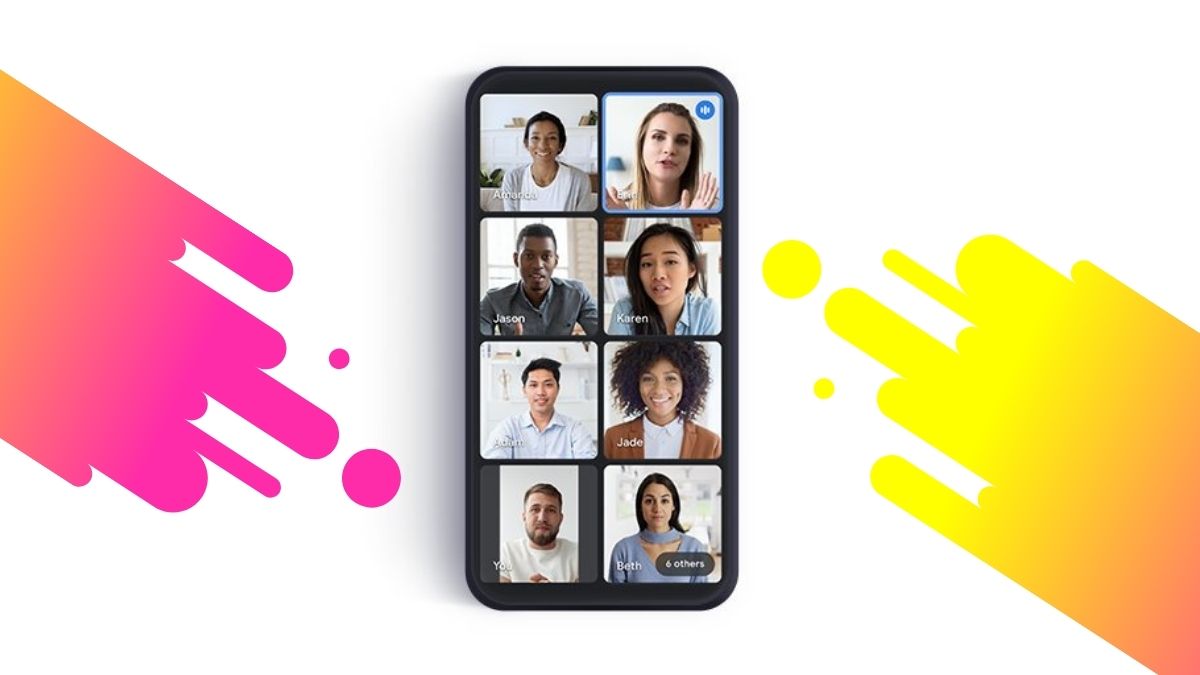 Google Meet is getting new support for iOS; the iOS version of the app will soon get the Grid View feature. The Grid feature displays all participants in a call at once.

This feature is not brand new. The grid view feature is already available on the web version of the service, but it did not have the same feature for the iOS mobile version.

Google announced this change in a recent tweet via the Google Workspace handle, which states: “Have a bigger impact on a smaller screen with #GoogleMeet tile view on your mobile devices, rolling out now on iOS and coming soon to Android!”

Grid View’s image accompanies the tweet on mobile devices, which clearly shows all the people engaged in a single video call.

Like the web version, Grid View in Google Meet for mobile shows each participant’s names in the bottom left corner. It highlights participants speaking with a blue outline around their image and an icon in the top right corner.

However, Google has not explicitly mentioned the upper limit for joining in the Grid View feature conversation. Still, the number of participants will likely be limited to 8 people. The feature will most likely switch participants displayed on the grid based on their activity.

As mentioned earlier, the feature is currently rolling out to Google Meet on iOS; the Android version of the same app, hopefully, will soon be launched.

Although Google has not officially mentioned any dates, it is expected that it will be rolled out for the Android version in the upcoming days.

The new Grid View support comes just weeks after Google added a green room to the video conferencing service, which lets users check their audio and video quality before joining a call.

Related Topics:Live streaming
Up Next