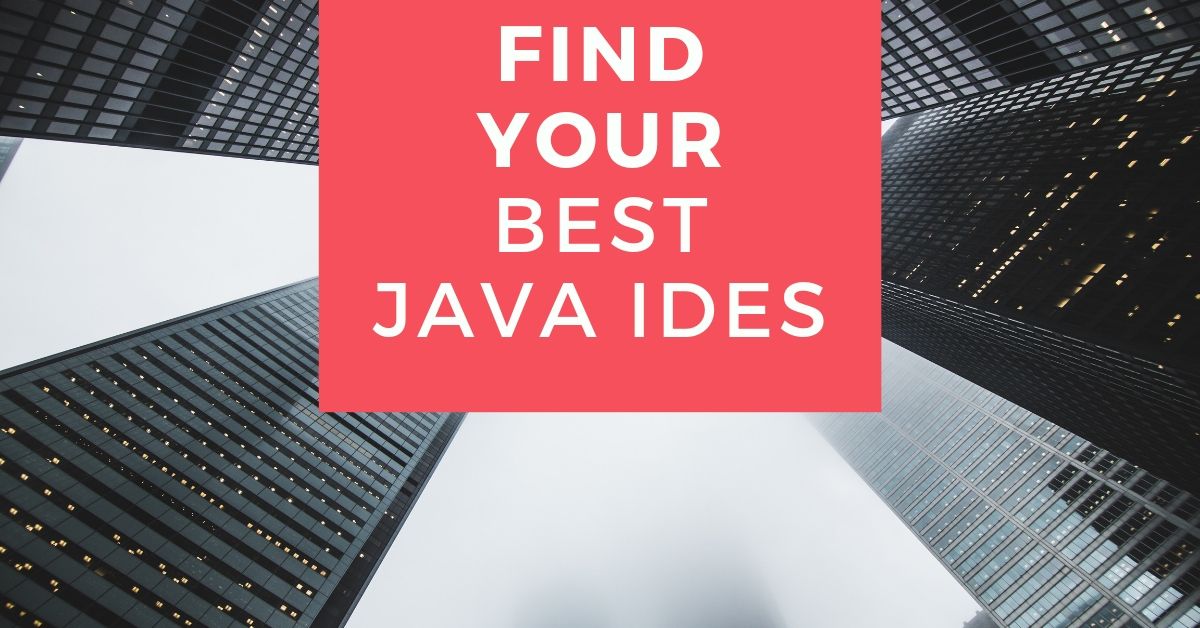 The tools provided by integrated development environments (IDEs) make it easier for developers to build and test varied Java applications.

The software developers have option to choose from a number of widely used JavaScript IDEs. But the features and tools provided by individual Java IDEs differ. Most Java IDEs come with a source code editor, a debugger, and a compiler/interpreter. The developers can avail various tools provided by the IDE through a single graphical user interface (GUI). The best IDEs for Java provide a number of robust tools to enable programmer to complete the required software development tools efficiently. The programmers even have option to choose from a number of robust IDEs for Java programming language.

The open source IDE makes it easier for Java programmers to build desktop, web, and mobile applications efficiently by providing a set of robust tools and features. NetBeans is the official IDE for Java 8. Each new version of NetBeans further comes with an improved and reworked Java editor. The Java editor makes it easier for programmers to build custom software applications by highlighting Java code both syntactically and semantically. The tools provided by NetBeans even help developers to refactor the code and write bug-free code. Also, the developers can avail the GUI Builder provided by NetBeans to design GUIs for Java SE without putting extra time and effort. Here is a comparison between NetBeans vs IntelliJ.

The developers have the option to choose from both desktop and cloud editions of the popular Java IDE. Hence, the developers can opt for the cloud edition of Eclipse – Che – to keep developing Java applications through a web browser.  They even have the option to extend both bug-free of Eclipse by installing specific plug-ins. The developers can choose from a wide range of plug-ins from Eclipse Marketplace Client. At the same time, they can use the Development Environment (PDE) provided by Eclipse to create custom plug-ins according to their precise needs. At the same time, Eclipse helps developers to accelerate Java application development by providing robust tools for , charting, testing, and reporting. The IDE further facilitates incremental compilation of Java code by providing a custom compiler. Interested readers can read on the comparison between NetBeans and Eclipse.

The Java coders have the option to choose from three distinct editions of Codenvy – developer, team, and enterprise. Codenvy is designed as a cloud-based and on-demand developer workspace. The custom runtime environment provided by the IDE it easier for programmers to debug and test Java code. The developers can even use the browser-based editor provided by Codenvy to write code by availing features like code completion, refactoring and syntax highlighting. The editor even makes it easier for programmers to build, edit, debug, and run various projects. At the same time, the developers can also use Codenvy to adopt agile methodology and collaborate with stakeholders in the project.

Despite being developed as a simple IDE for beginners, BlueJ is currently used widely by Java programmers across the world. The cross-platform IDE for Java enables programmers to interact seamlessly with objects. The developers can inspect object values, call methods on objects, and pass objects as parameters. At the same time, BlueJ accelerates Java application development by providing an array of robust features. It comes with an editor that allows developers to scan the code visually, create dynamic objects, and inspect objects. Also, the programmers can invoke Java code simply by typing it in without compilation.

The simple and lightweight Java development environment is primary written for students. But many Java programmers prefer DrJava to other Java IDEs due to its intuitive user interface. DrJava further enables programmers to evaluate Java code in an interactive way. Also, it provides a number of advanced features to meet the needs of skilled Java programmers. Like other IDEs, DrJava also helps programmers to write high quality code by providing features like go to line, go to file, and find/replace. It even enables programmers to avail advanced features like syntax colouring, brace matching, automatic indentation, autocompletion, and commenting/uncommenting. The developers even have option to integrate DrJava with Eclipse through a robust plug-in provided by the developers.

The lightweight Java IDE is implemented in Java. The developers can run jGrasp on any platform with Java Virtual Machine (JVM) 1.5 or higher. Despite being implemented in Java, jGrasp produces control structure diagrams (CSDs) for a number of programming languages – C, C++, Python, Objective-C, and Ada. At the same time, jGrasp comes with features to make software applications comprehensive by generating software visualization automatically. In addition to providing an integrated debugger and workbench for Java, the IDE further helps developers to generate control structure diagrams, complexity profile graphs, and UML class diagrams.

On the whole, the Java developers have the option to choose from a wide range of IDEs for Java programming language. Some of these IDEs are available as commercial and licensed software, whereas others are open source and free. Likewise, some of these IDEs are robust and feature-rich, whereas others a simple and lightweight. Also, each Java IDE has its own pros and cons. Hence, it becomes essential for developers to keep in mind precise project needs while comparing the best Java IDEs of 2021.

Related Topics:GUIIDEjavaJava Developers
Up Next

How to Develop a Local Business Directory App Like Yelp?